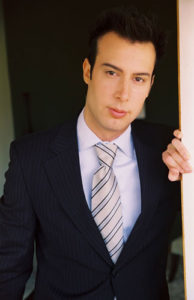 The Bio of Jeffrey Gliwa, Producer aka “Blue Shark”

Born in Brooklyn, NY, Jeffrey A. Gliwa is an Executive Producer for Blue Shark Pictures, LLC. Jeffrey Gliwa garnered a reputation for being a mover and shaker in the Hotel and Club world of Manhattan early on in his career. Gliwa did this as the Nightlife Impresario for SoHo Grand Hotel and the Gansevoort Hotel. Gliwa then turned this latent talent for  promotion and production into film fund raising ventures, specializing on introducing legacy talents to the industry. The three big pictures were “Blood Moon,” “Sacred Blood” and “Torch.”

“Sacred Blood” starring Michael Madsen and Anna Bianna, introduced Bailey Coppola, and “Torch” starring Vincent Spano and John Savage were two of the features produced through the fund. Jeffrey’s Blue Shark Pictures has successfully raised 10+ million dollars in private equity over the past decade alone. “Blood Moon” written by Nicholas Kazanas an independent feature that Jeffrey Gliwa secured capital for just before transitioning into the Executive Producer role for the Coppola Film Partners. Currently he is developing and managing the Blue Shark Fund that is producing feature films.

Blue Shark Pictures specializes in pairing talented, up and coming aspiring filmmakers with industry veterans and helping them break through in the film industry.

“I look forward to hand picking the next generation of film students who are the best of the best, and help them break through into the film industry working alongside of A-list industry veterans.” – Jeffrey “Blue Shark” Gliwa

Here are some links to films and movies Jeffrey Gliwa has acted in over the years;

Check out these music videos that Jeffrey Gliwa has produced and starred in!

I am a Rainmaker & Master Closer in Sales with 25 years of experience in New Business Development & Private Equity Capital Fundraising for Private Placement Offerings via the Private Sector in all Verticals.

For Blue Shark, his inspiration comes from Ryan Kavanaugh.  Ryan Colin Kavanaugh is an American businessman, film producer and film financier. He is the founder and CEO of Relativity Media. Through Relativity, he has financed more than 200 films representing more than $17 billion in revenue. He is credited as of April 19, 2014 as the producer of 61 films and known for creating a new “Moneyball” model of film finance.

He was named by Variety as 2011’s “Showman of the Year” and was #22 on the Fortune “40 Under 40” list. He was #19 on the Forbes 2013 list of youngest billionaires, and he entered an investment partnership with Ron Burkle. He is active in philanthropy and was named a Hollywood Humanitarian by Cedars-Sinai Medical Center. He is the 24th highest grossing producer in box office of all time.  Although Relativity Media’s ride came to a close in 2016, Ryan’s model approach seemed to have found a sweet spot in the industry for close to a decade. As the industry and audiences have evolved so must the models of finance and the content itself. One thing will never change with

the appetite of the audience … what’s next? 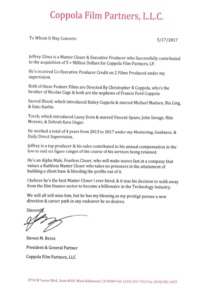